Drag-and-Drop with Tree and TreeTable

In case of Tree and TreeTable where data is presented in a hierarchical way, it's vital to specify how tree nodes would be dragged between different levels.

By default, if a tree node is dragged into the branch of the same level as its parent, it becomes the first child of this branch. At the same time, if you drop lower-level nodes to the higher-level branches (the mouse is released over this higher-level node) the dragged node takes its level and become the previous child of this node.

In addition, if you drag-and-drop the tree branch it is moved together with its leaves. 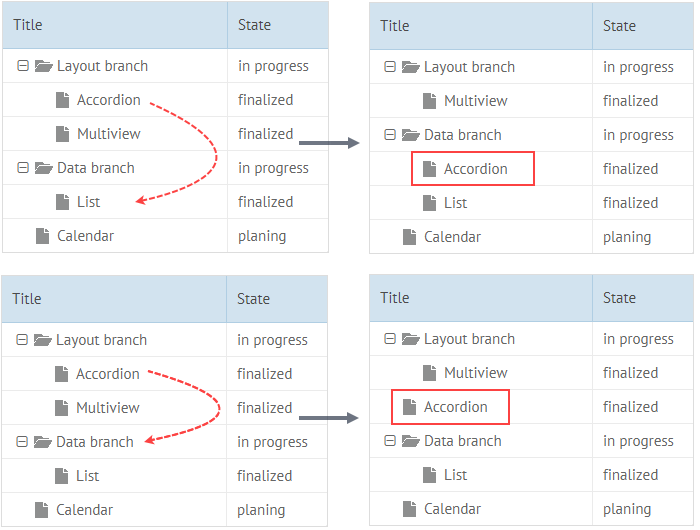 Event handling within DnD can help you change dragging as well as dropping pattern.

For instance, if you want to prevent DnD on a top level items as well in leaf items, you should block it before the dragged element reaches the dropping area:

Dropping process can be as well customized. To enable dropping of the nodes into a tree branch as its children you should state that the dropping target is a parent branch.